London news: Cars could be banned from roads in ‘radical strategy’ to combat coronavirus

Documents set to be put before the City of London Corporation planning committee today have revealed London’s Square Mile is the top target.

The documents, first seen and reported by the Financial Times, say pavements were “too narrow” if only a small proportion of the workforce returns.

They also say streets would become a danger to the public if they are left with current arrangements in place.

According to the FT, the document says: “On many of the Square Mile’s streets, pavements are too narrow to maintain safe social distancing, even if only a small proportion of the City’s workforce initially returns to work. 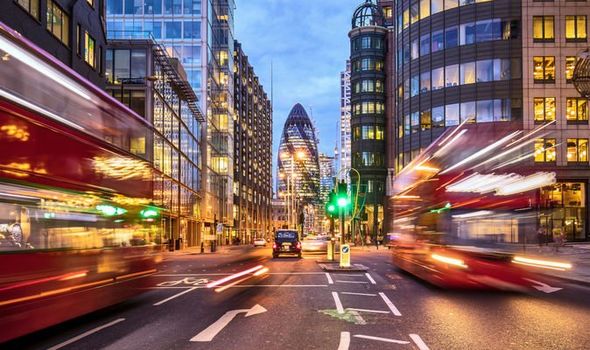 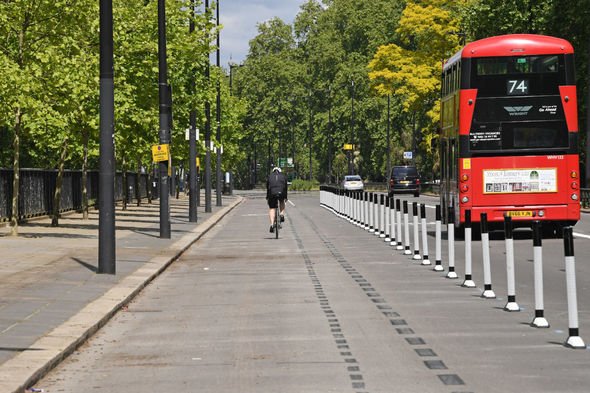 “In some streets it is likely that existing arrangements will be a danger to the public.”

Streets covering everywhere from the financial district to as far north as Liverpool Street and Barbican will be looked at under the proposals.

Streets considered at highest risk to returning workers will be considered a Tier 1 and could see timed closure for cars.

These cover key connections in the City such as Cheapside, Threadneedle Street and Cannon Street.

It will also include Leadenhall Street and roads outside 30 St Mary’s Axe, otherwise known as the Gherkin.

Proposals for 12 or 24 hour road closures for vehicles have been drawn up and could be issued for public safety in high-risk areas.

Tier 2 streets would see a small amount of space reallocation and could also be subject to road closures.

Plans show this could affect roads around Blackfriars, Aldgate and Moorgate stations.

The City of London Corporation suggests the virus could have a long term effect on traffic levels in the financial district.

Traffic fell by 16.5 percent after the 2008 financial recession but did not return to normal levels after the crisis was over.

Speaking to the FT, Cartherine McGuiness, policy chief for the Corporation said the changes were a “pivotal moment”.

She said it would be the “first step in a radical strategy” which could see the area ditch private car use completely. 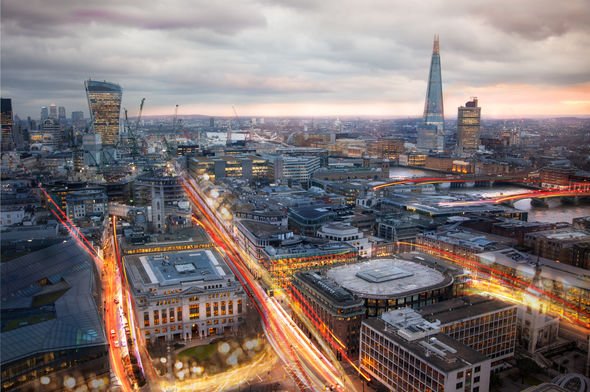 If the plans were given the green light changes could start immediately and be finished in  just a couple of weeks time.

This would coincide with June 1 when the Prime Minister could make further concessions for workers in a bid to boost Britain’s faltering economy.

London mayor Sadiq Khan has launched his new Streetspace project to help increase the numbers of people walking or cycling to work as lockdowns are restricted.,

The government urged the public to avoid public transport and insteadwalk, cycle or use their cars when travelling.

Mr Khan has built a temporary cycle network with wider pavements also set to be constructed to give extra space for those queuing.

Wider pavements have been introduced across several busy roads such as Camden High Street, Brixton and Stoke Newington.

Transport for Lonson says some of the temporary changes could become permanent even after restrictions have been lifted.