Motorway services across the board have noticed similar levels of traffic reduction which have forced one chain to furlough half of their workforce. Big chains all confirmed stations would remain open and provide as many facilities as possible for key workers but warned some areas were affected.

Extra services and Moto confirmed traffic levels were down around 65 percent down during the week between Monday and Friday.

Further reductions were noticed over the weekend with both operators revealing traffic was down around 85 percent on Saturday and Sunday since restrictions were put into place.

“Even though traffic flow on the Motorway is generally on average some 60 to 65% down during the week and up to circa 85% down at weekends due to coronavirus pandemic restrictions.” 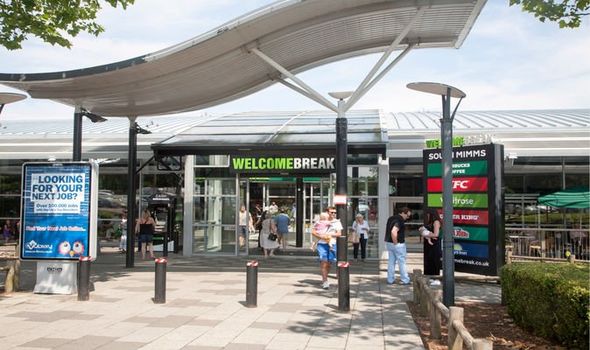 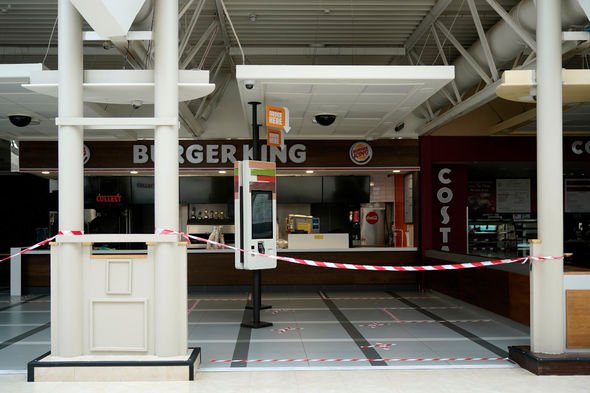 Welcome Break also confirmed they had seen an “impact” on the business due to fewer vehicles on the road.

In a statement to Express.co.uk, Welcome Break said: “As you would expect, we have seen an impact on our business from less vehicles on the road as a result of the lockdown.” They added: “We are doing all we can to support these critical drivers by providing as many services and options as possible.

They added: “We are doing all we can to support these critical drivers by providing as many services and options as possible.

“We are also following all official advice and taking every precaution to look after and protect our colleagues and customers.”

The loss of customers has caused Moto to furlough more than 2,500 of their 5,000 workforce because of the crisis.

Moto have confirmed they have closed most of their catering facilities but confirmed food was still available through the M&S shop, WH Smiths and West Cornwall Pasty Company at some locations.

Shower facilities for HGV drivers and free toilet access is still available at all sites with increased cleaning schedules in place.

Moto confirmed extra precautions had been taken across the site with sneeze screens introduced at checkouts and social distancing markers installed.

Tables and chairs have been removed from the forecourt with only takeaway food and drink available for motorists.

In a statement to Express.co.uk, they said: “Moto, the UK’s largest Motorway Services Operator has continued to keep all its 48 sites open for key workers like the NHS staff, HGV Drivers – who have been moving vital food and medicines across the UK – and the  emergency services in order to play our part in the fight against Coronavirus.”

They added: “Our colleagues have been remarkable and in good humour, continuing to provide outstanding customer service as well as doing their part for the local community with free giveaway of Easter products to the NHS, HGV Drivers and many others.”

Extra have also said washrooms and toilets would remain open during the crisis for those needing to urgently stop. 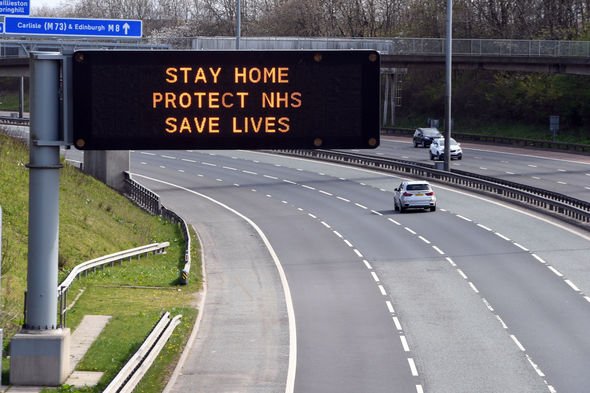 The confirmation came after concerns motorway fuel stations would run out of petrol through the crisis.

The AA President told Express.co.uk: “I’ve got no evidence of this but it’s something the ministers asked me a couple of times.

“Just asking whether we knew petrol was still available at motorway service areas and its essential to keep the open even if the motorways are quiet.”

Moto refuted the claims adding: “We have read that some independent rural petrol stations are having to close but we believe the fuel on Motorways continues to be fully available.”

“To the best of my knowledge there are no limitations on the sale of fuel at any of Extra’s MSA locations.

“All Fuel Filling Stations remain open, together with parking for all categories of vehicle and also an appropriate level of facilities within each of the main Amenity Buildings, which include the Customer WC & Washrooms/Showers and where reasonably possible certain ‘brand’ outlets such as M&S Simply Food.”